The Ugly Secret That Recruiters Don’t Want Freelancers to Know

Ahh Recruiters – just like tax collectors, you hate em’ but the system just can’t work without em’. Like it or not, they can be instrumental to the hiring process.

As freelancers, we’ve all had our run with recruiters. They call you up and begin to coax you using pre-rehearsed lines and artificial charisma. When speaking to one of them, they may come off as just about the nicest person you’ve ever met.

You’d never expect them to have any sort of hidden agenda or ulterior motive, would you? They just want to help, right?

Well, I hate to be the bearer of bad news, but recruiters have their fair share of skeletons hidden in their closets. You’d be surprised at what most recruiters are hiding from you.

Read on to discover the disturbing secret that most freelancing recruiters possess.

A Little Bit of Context Goes a Long Way.

Alright, so before I get into this, let’s talk about how recruiters in the full-time employment domain get paid. It’s important to have a contextual grasp of this before we go on to talk about the real subject of this article.

Basically, recruiters only get paid by companies once they have completed the job-order submitted to them by the hiring company through successfully signing a candidate. Recruiters charge a commission fee that varies across different sectors and companies. Generally, it’s between 15% to 35% of the employee’s yearly salary.

So, if a recruiter with a pre-negotiated commission rate of 25% successfully hires an Engineer with a yearly salary of 80,000 €, their commission would be a whopping 20,000 €.

You may be wondering what all of this full-time employee stuff has to do with freelancing. Well, it actually has quite a bit to do with freelancing. You see, recruiters take a completely different approach when it comes to freelancer recruitment. The entire “commission system” is basically thrown out the window by companies because well, freelancers are only there for a brief period and paying a commission for a temporary independent professional just wouldn’t make sense.

So, what exactly do recruiters do to ensure that they’re still making their profit off of placing you? What exactly is this so called dirty little secret that most recruiters have? I think it’ll be easier to understand if I illustrate it via an example:

The Anecdote That Says it All

So, John is a freelance Java Developer and gets contacted by Andrew the recruiter. After a long introductory conversation, John tells Andrew that he’s currently seeking a mission and that his minimum daily rate is 370€. Knowing that John’s rate is reasonable, Andrew agrees to take on John’s contract and immediately starts getting in touch with potential clients about John’s profile.

The thing is, Andrew knows that his clients are willing to pay between 600€ to 750€ a day for someone with John’s skill sets. So, what does Andrew do? He does exactly what you’d expect – with a twist. Andrew furtively negotiates John’s rate with the client to 650€ a day and then calls John to congratulate him on his new mission – his 370€ a day mission. Yup, that’s right - 370€ a day.

Overjoyed at his new mission, John has no idea that Andrew deceitfully upsold his contract to the client for almost double his daily rate. Basically, at the end of the day, John’s client will be paying him 650€ a day while John will only be pocketing 370€ a day. The worst part is, John has absolutely no idea that his contract has been upsold – he legitimately thinks that he’s only being paid 370€ a day.

So, you’re probably wondering where that extra 280€ a day goes. Well, it ends up right in Andrew’s deceptively deep pocket. It’s a wonder how Andrew manages to sleep at night while mendaciously getting paid for John’s hard work.

There you have it folks – the secret that recruiters don’t want freelancers to know. Recruiters unknowingly upsell your freelancer contracts to clients for profit and get paid for your hard work behind your back. We know. It’s despicable. Don’t get us wrong though, not all recruiters are made equal. On a rare occasion, you might come across an ethical, transparent recruiter.

Finding a legitimate way to make a living is understandable, but what recruiters are doing is downright unethical. I mean, they could at least have the decency to notify freelancers of the rates at which their contracts are upsold.

A little bit of transparency can actually go a really long way. Unfortunately though, greed is an integral part of the recruitment domain. Not only is this covert upselling unethical, some argue that it’s barely even legal. We know, it’s frustrating to know that recruiters can just do things like this and get away with it.

I’m not going to just expose recruiters and leave you sitting there hopelessly trying to come up with a solution to this mess. I’m actually going to give you a solution.

There are ways to be a freelancer without dealing with recruiters and their devious upselling. Online platforms that facilitate the entire freelance process from A-to-Z are beginning to emerge.

An example is hireme.io. hireme.io allows freelancers to connect directly with a wide array of clients by directly bidding on missions within a fully recruiter-free environment. hireme.io also boasts full administrative task automation and pay advancement – and the best part is that it’s 100% free to use. No upselling, no commissions – nothing.

hireme.io is a phenomenal tool to help you save time, money, and resources. Try it out - transparency, efficiency, and peace of mind are just a few of the many things you could get out of it.

It is a long established fact that a reader will be distracted by the readable content of a page when looking at its layout. The point of using Lorem Ipsum is that it has a more-or-less normal distribution of letters, as opposed to using 'Content here, content here', making it look like readable English. 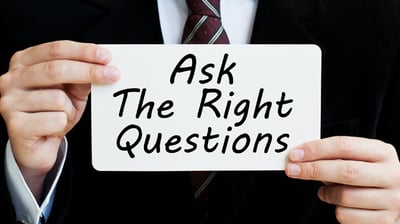 Freelancers: the smartest way to find your next mission

All good things come to an end. Including freelancing jobs. As the end of your mission nears, you are probably on the lookout for new assignments. But will you undertake this quest the old-fashioned way, or will you move to freelancing 3.0? 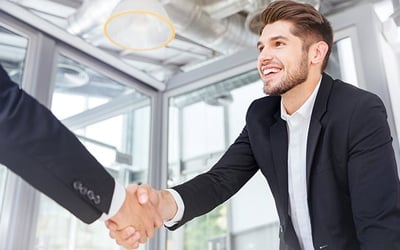 Freelancers: The Secret to a Good First Impression

When you want to get hired, there’s one thing in common for all aspiring employees - you must look good for your employers because in the first place, they’re the ones going to get you hired! “Looking good” certainly does not refer to your physical aspects (although it may sometimes have its benefits) but rather the credentials that make you worthy to be hired. As a freelancer, how you land on a job heavily depends on the first glance of an employer at your profile, hence you must take this advantage and make your profile stand out from the pool of applicants you’re competing for a job with. It’s important that you consider doing the following so that you can attract the eye of every employer you’ll apply for:

How to Get Paid Right Away as a Freelancer

When it comes to freelancing, there is absolutely no doubt that time and efficiency are some of the most sought-after elements in the domain – time is money. Freelancers want to get paid quickly for their work while hiring companies need time to initiate billings due to the associated administrative burdens that come with the invoicing process.

Use this little footer to reinforce your message about who you are and why people love working with you. And since this is a global module, you only have to edit it once to make the changes across every page it appears on.